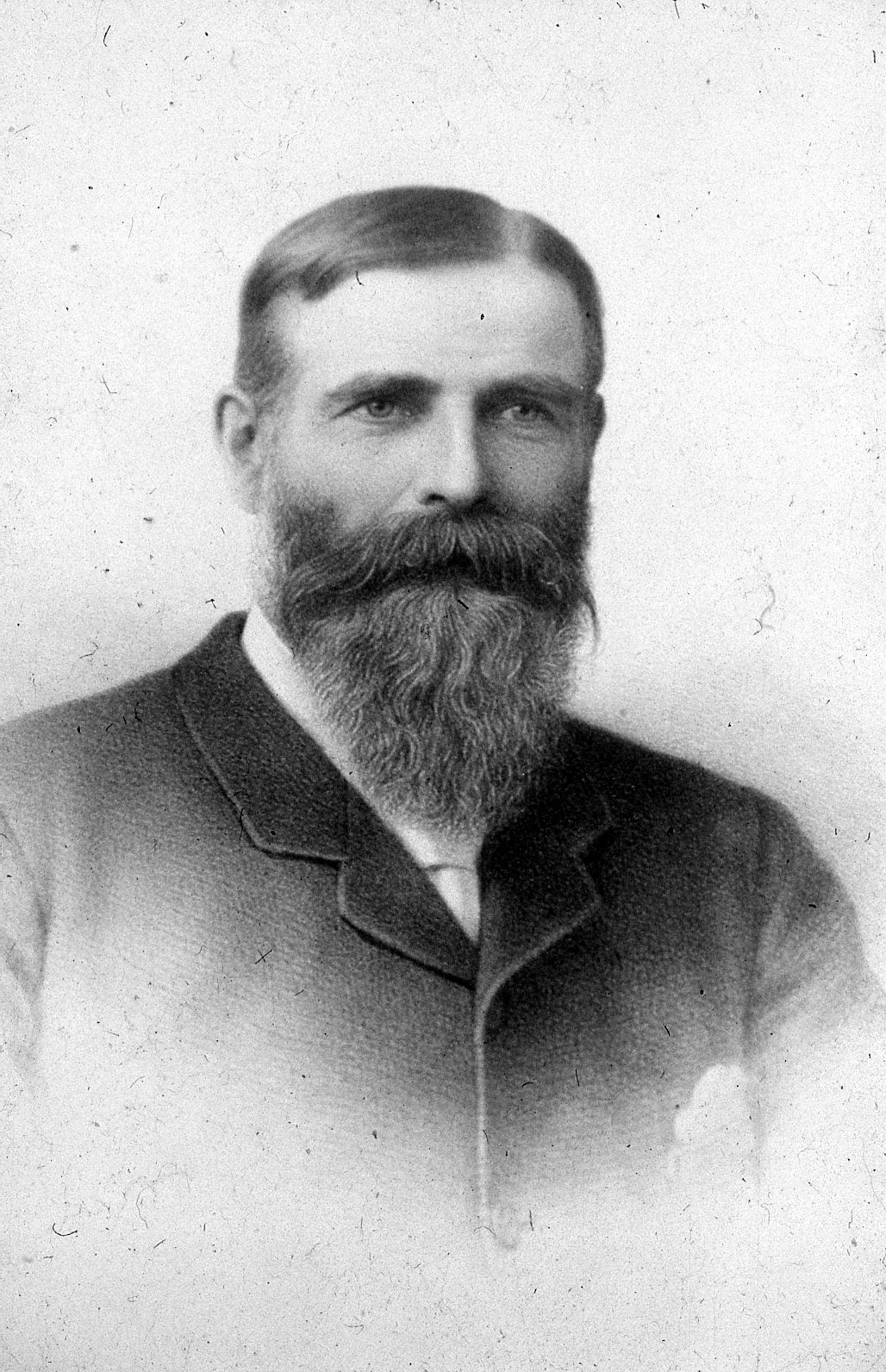 This biography is the first one produced to date on the great Engineer.

South African born James Henry Greathead (1844- 1896), M.Inst.C.E., M.Inst.M.E., was the inventor of the Greathead tunnelling shield which was used by him, as Chief Engineer, during the development – between 1884-1890 – of the World’s First Underground Electric Tube Railway: the City and South London Railway (now part of the Northern Line) which opened in 1890. Not surprisingly, Greathead has been termed both ‘the practical author of the great London ‘Tubes’ and ‘South Africa’s Greatest Engineer’.

Greathead’s public recognition star has risen noticeably in recent times:
▪A statue of Greathead was erected  at Cornhill, outside Bank station on 17th January 1994. London Underground decided to honour Greathead as one of the pioneers of the past after the Corporation of London suggested it build its new 18 feet high ventilation shaft in the form of a plinth which could support a statue. The commissioned 10 feet bronze statue is by James Butler, R.A., Fellow of the Royal Society of British Sculptors.
▪Further honouring of Greathead took place on 18th February 2000 when an English Heritage Commemorative Blue Plaque was unveiled at his former 1884-1889 Barnes home – 3 St. Mary’s Grove.
The author has spent 10+ years researching into Greathead’s life. His initial interest was fired by seeing the magnificent statue of Greathead mentioned above. In addition the author made the suggestion to English Heritage for the Commemorative Blue Plaque discussed above, and following the success of this suggestion, was one of the speakers at the subsequent Commemorative Blue Plaque Unveiling Ceremony. 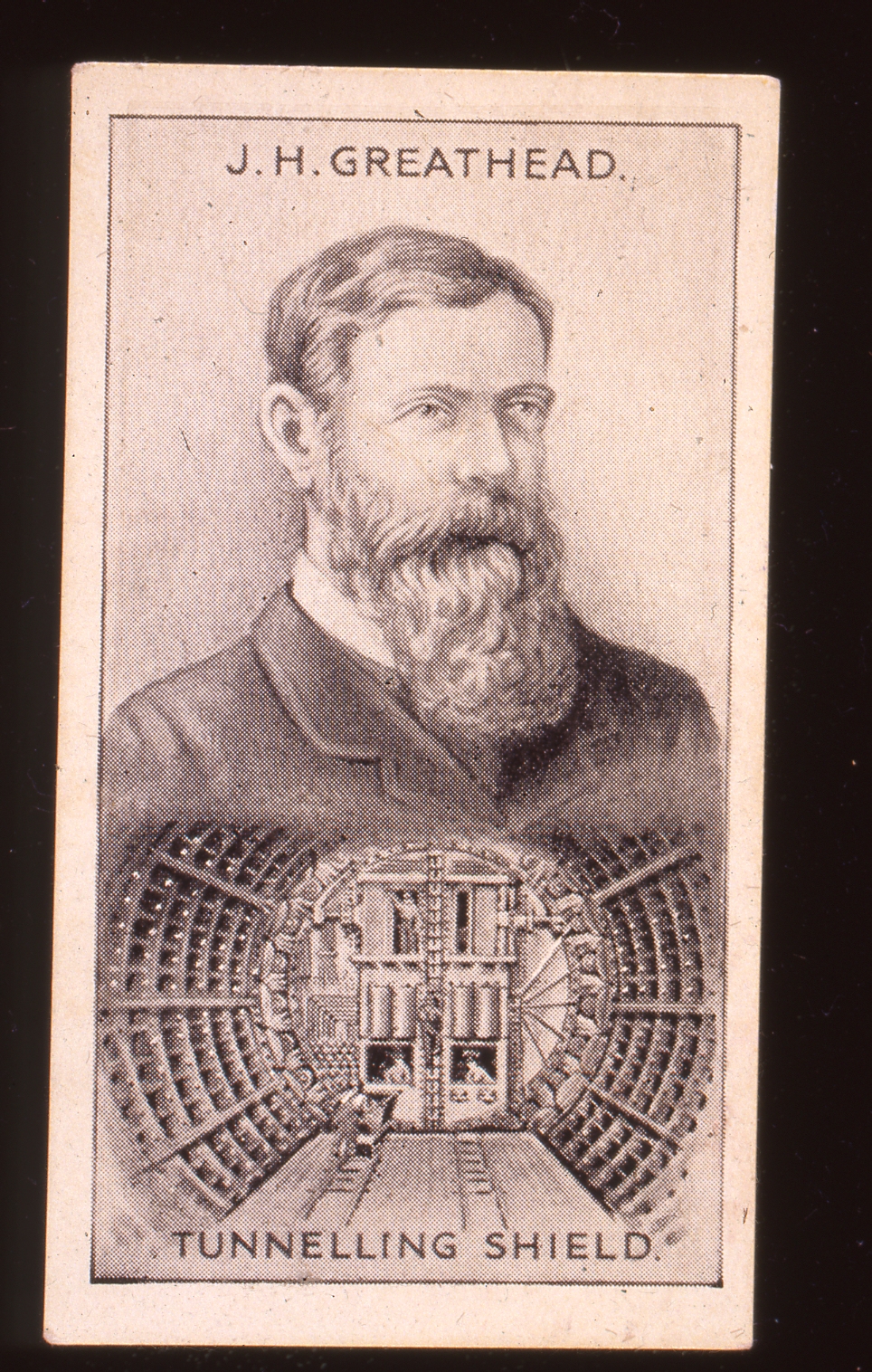 Tributes to Greathead included in the Biography

MR. J. H. GREATHEAD, Chief Engineer of the now [newly opened City and South London] Electric
Railway, is now something more than an engineer. He is an inventor of great versatility. He is a
veritable “captain of industry,” [from an 1890 tribute]

Whatever may have been done by others in past times, and however numerous may have been the
suggestions, the definite practical details and realisation of a new and cheap system of tunnelling of
the greatest importance in railway work and river crossings, will ever be inseparably associated with
the name of Greathead. [from an 1896 tribute]

The New York Evening Post says with regard to this [Greathead shield] system: ‘New Yorkers have
long groaned over the delay in adopting some new form of rapid transit. In view of the success of the
Greathead Underground Railway, however, it seems most fortunate that no conclusion was earlier
reached. All authorities in the Metropolis of England agree that it comes as near an ideal solution of
the problem as can be expected, and there appears to be no reason why it should not be adopted in
the metropolis of America.’ [from an 1896 tribute]

… he will be chiefly remembered as the pioneer in that system of tunnelling that bears his name,
which has revolutionised the method of tunnelling hitherto adopted in large cities, and has
practically solved the problem of rapid transit in London. … the … Greathead shield, … together with
the Greathead grouting machine, will always be associated with his name. [from an 1896 tribute]

Hamlet thought that a man must build churches if he would have his memory outlive his lifetime,
but Mr. James Henry Greathead, the well-known engineer, who died on Oct. 21[ 1896], has left a
name which seems likely to survive him for some time by the less picturesque work of making
subterranean tunnels. He developed to its highest pitch the system of tunnelling which had been
introduced by Brunel, who constructed the tunnel under the Thames at Wapping by means of a
shield. Mr. Greathead improved this shield and drove it forward by hydraulic rams, while he made
such subaqueous work easier by the use of compressed air. The greatest feat in subaqueous boring
that has ever been undertaken is the new tunnel under the Thames at Blackwall. It is a curious fact

that the great engineer just lived to see the Blackwall tunnel brought to a successful completion and
then died. [from an 1896 tribute]

he … in 1871 settled down to a private practise, which, although not associated with any great
schemes, soon developed into considerable importance. It was during the early years of this work
that he made the most careful estimates as to the growth of the population of London, and the
probable increase in the number of passengers to be carried. It soon became evident to him that the
increase of travel was at a greater ratio than that of the increase of population. He perceived the
necessity in the future of many tunnels, and after the construction of the Metropolitan District
Railway, which cost £1,000,000 per mile, the extension of this system seemed very unlikely. [from an
1896 tribute indicating that the great engineer was a true Visionary]

Greathead also worked on other important projects, including the construction of the Tower Subway
under the Thames, the Liverpool Overhead Railway, the Central Line Railway, the Blackwell Tunnel
Project and the Waterloo and City Railway.